#RACEEVERYTHING
KICKING CANCER IN THE @$$, ONE RACE AT A TIME. 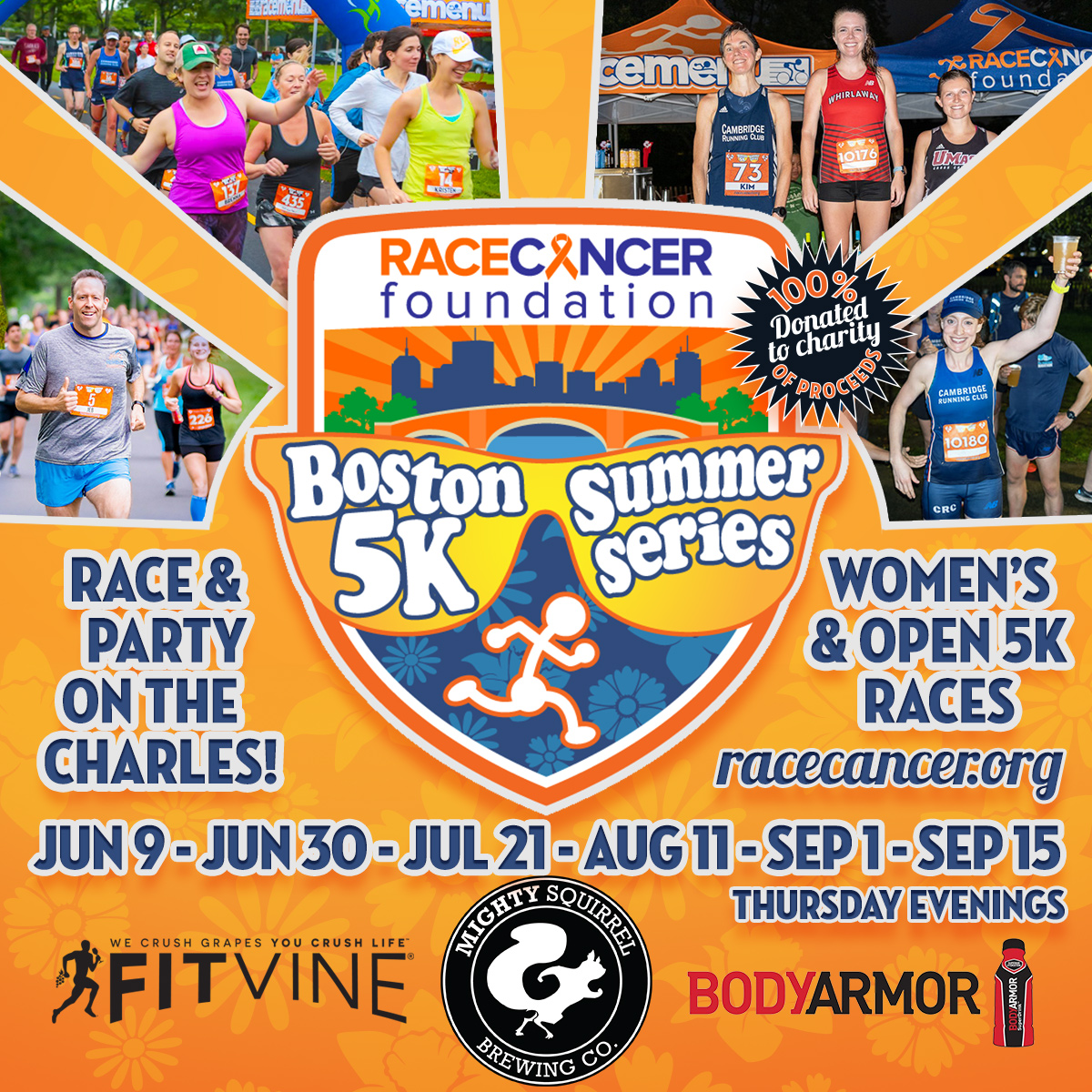 Summer Thursdays are for running, drinking, and dancing!
The Boston 5K Summer Series races start with a Women's 5K, then an Open 5K ~35 mins later, then an after-party w/ music, food, and beer from Mighty Squirrel. 100% of proceeds to charity. For those not willing or able to run, you can get into the after-party FOR FREE by volunteering at the race.

Thanks for subscribing to RACE Cancer Foundation's email list!

Something went wrong. Please check your entries and try again.